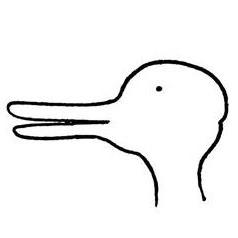 Here are some of my favorites:

This is the best material I know out there on Automated Testing with Microtests (aka Unit Tests aka TDD style tests).

This gist is for anyone who's trying to use emacs + eglot + monorepo (with Clojure or any other language).

When you open a file in a buffer, eglot needs to determine the scope or folder to run the language server in. By default, the folder eglot will pick as the assumed project root is the repo root (the ancestory directory containing .git).

But in a monorepo, that's rarely what you want. In a large repo, analyzing all the *.clj files with clojure-lsp could take a minute or longer. As a limiting case, imagine Google with its gargantuan monorepo. Analyzing all the source files would take an indefinite period of time.

So you want to write a sync system for a web app with offline and realtime support? Good luck. You might find the following resources useful.

It's often desirable to print articles or blog posts to PDF for easier reading. In fact you're almost always better off reading a cleaned-up printout than a noisy HTML page on a backlit screen.

Printing the web without all the noise

Offline reading has fewer distractions; you can mark up the article with your own notes; and it's easier on the eyes. Active reading, underlinding and annotating improves comprehension and retention. If you read on the reMarkable tablet, as I do, then you don't to print to actual paper and save trees.

If an article is worth reading, it's worth printing and reading with a pen in your hand.

I often want to read Markdown documentation on Github — or proof-read my own documents — without staring at a backlit screen. Here's an easy way to print the files in a readable format.

This gist collects publications by GeePaw Hill around the topic of Incrementalism in Software Development - the advice to "take many more, much smaller steps."

The good entry point into the discussion is a pair of 2020 muses: The RAT: Rework Avoidance Theory and Understanding Incremental Switchover