Using Apple’s Aerial Screensavers on Ubuntu After coming across the [Aerial] (https://github.com/JohnCoates/Aerial) screensavers for Mac, and installing them, I decided that I had had enough of the graphics-demos of my Ubuntu Precise system. I hope to provide a simple guide on how to add them to your setup as well.

First, you need to install xscreensaver (for example with aptitude, but your distro should have it):

Then, we need to go and actually get the videos that Apple uses as screensavers. I wanted to do this regularly as they may add more locations or videos, so I wrote a hacky script that checks the server to see if there are any videos that I do not have on disk and download them:

You will want to replace where you saved the script and the folder where you wish to save the videos as appropriate.

Finally, I added this to my .xscreensaver file under the programs section (which by default is in your home directory), after all of the other screensaver options (at the end of the big list of names with lines that end with \n\)

and selected "Only One Screen Saver", "Apple Aerial" and to Cycle After 0 minutes in the xscreensaver-demo: 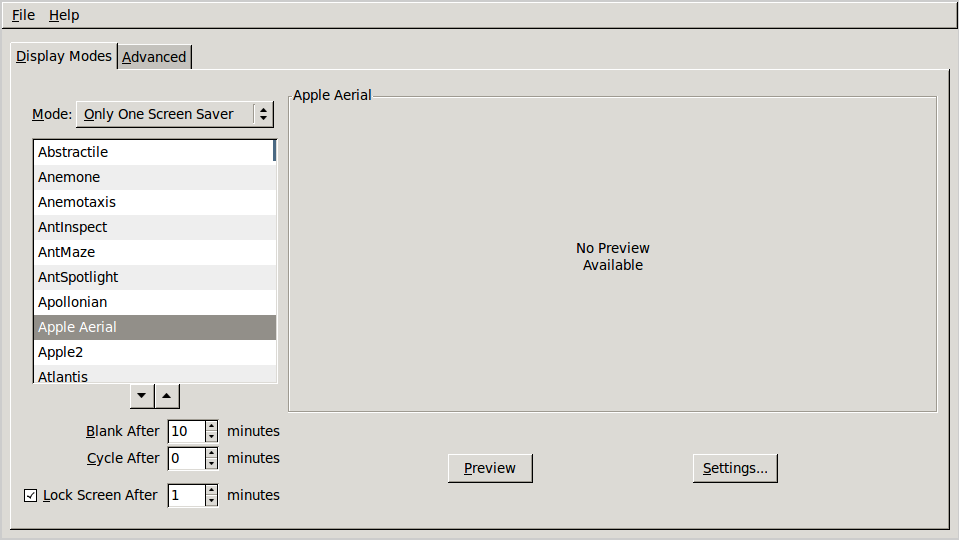