Trend of google-apps-script Tag on Stackoverflow 2022

About the detail of each figure, please check the Ref. 1. From this time, the updated data is shown. 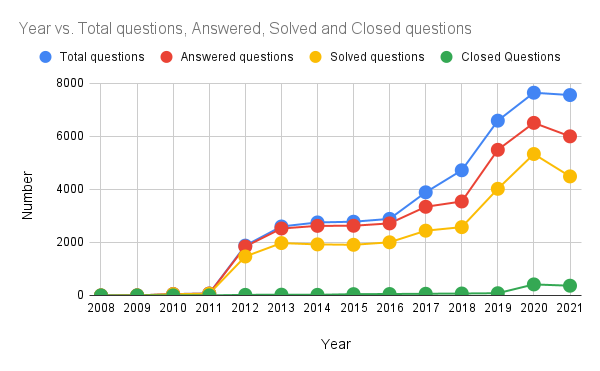 Fig. 1. Year vs. Total questions, answered, solved and closed questions. These all questions include the tag of "google-apps-script" in the tags. 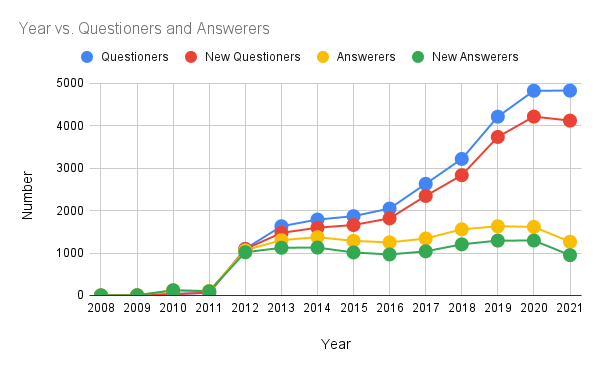 Fig. 2. Year vs. number of Questioners and Answerers. These all questions include the tag of "google-apps-script" in the tags. 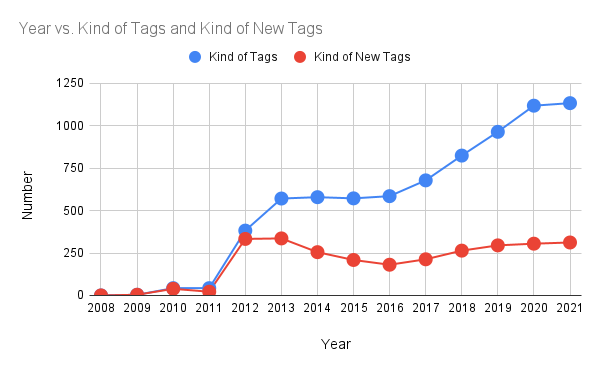 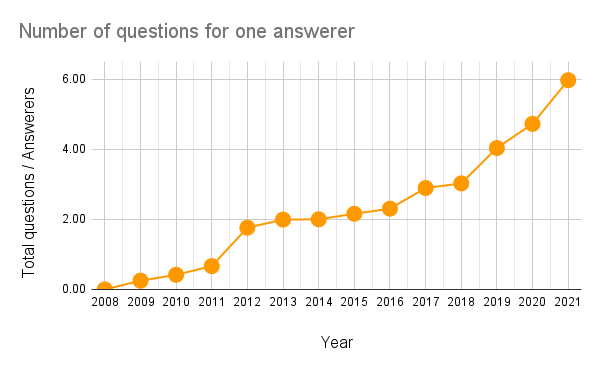 Fig. 4. Year vs. Number of questions for one answerer.

From the above results, it can say that the current Google Apps Script has still been useful for a lot of users. But, the number of questions for one answerer is increased proportionally to the square of year. So, in order to reduce this burden, an increase of answerers might be required in the future. And, when I saw the trend in 2021, the data in 2021 is reduced a little from 2021 or almost the same with 2021. I'm worried that this result might not be able to deny from the affection of COVID‑19.