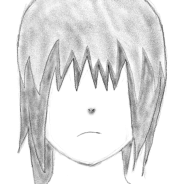 fperez / ProgrammaticNotebook.ipynb
Last active
Creating an IPython Notebook programatically
Sorry, something went wrong. Reload?
Sorry, we cannot display this file.
Sorry, this file is invalid so it cannot be displayed.

NPM/Node.js recently had a clever, yet simple, code injection attack using "dependency confusion" as the vulnerability. I describe the attack as conducted (simulated, really), and a systemic solution Polyverse has been building for the past two years designed to solve specifically this problem.

A recap of the attack, for baseline:

Notice the last one? It’s intended to be Polyverse internal and contains our proprietary (and sensitive) billing code. Obviously it does not exist on npmjs.com, the public upstream node package repository. It instead comes from a private repository hosted by Polyverse.

In a Sequence Diagram, this is how the flow worked before the attack. Pretty straight-forward.

The fact that 1 + 1 is equal to 2 is one of those things that is so obvious it may be hard to justify why. Fortunately mathematicians have devised a way of formalizing arithmetic and subsequently proving that 1 + 1 = 2. Natural numbers are based on the Peano axioms. They are a set of simple rules that define (along with a formal system) what natural numbers are. So in order to prove 1 + 1 = 2 in Rust we first need a formal system capable of handling logic. The formal system that we'll be using is not some random crate, but Rust's type system itself! We will not have any runtime code, instead the type checker will do all the work for us.

First let's go trough the Peano axioms. The first axiom is that "Zero is a natural number". Basically what it says is that zero exists. In order to express that in the type system, we just write:

RaVbaker / readme.md
Created
[HOWTO] Rewrite all urls to one index.php in Apache

In one of my pet projects, I redirect all requests to index.php, which then decides what to do with it:

This snippet in your .htaccess will ensure that all requests for files and folders that does not exists will be redirected to index.php:

tylerneylon / learn.lua
Last active
Learn Lua quickly with this short yet comprehensive and friendly script. It's written as both an introduction and a quick reference. It's also a valid Lua script so you can verify that the code does what it says, and learn more by modifying and running this script in your Lua interpreter.

git add -p is your friend

Patch mode allows you to stage parts of a changed file, instead of the entire file. This allows you to make concise, well-crafted commits that make for an easier to read history. This feature can improve the quality of the commits. It also makes it easy to remove parts of the changes in a file that were only there for debugging purposes - prior to the commit without having to go back to the editor.

It allows you to see the changes (delta) to the code that you are trying to add, and lets you add them (or not) separately from each other using an interactive prompt. Here's how to use it:

from the command line, either use

Hint: I also mad an octave docset for Dash: https://github.com/obstschale/octave-docset