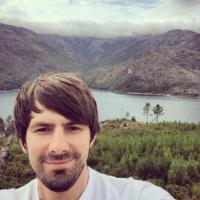 This document gives an overview of the issues I see in the current composer implementation in TYPO3. First of all I'll write it in the form of user stories and afterwards write an actual text.

As a developer I want to:

EXT:templavoilaplus? Does anybody know why this #typo3 ext can not use the key EXT:templatevoila? Did we miss something?

There is a short answer and a long one.

Still don't get that #TYPO3 Surf Hype. It's a NIH product and resembles everything we try to avoid in the community recently.

People started asking me about what I use instead, what NIH means and why exactly the problem with TYPO3.Surf is. As twitter only allows 140 chars, I decided to shortly write down this gist.

What is NIH and why does it harm?

Well, earlier this day I read an interview with Robert Lemke on the website of the german PHP magazine about the split off of Neos.

There is one quote from the article I used in one of my tweets. https://twitter.com/alex_schnitzler/status/600672348900065280 It says "Neos und TYPO3 haben sich zu unterschiedlichen Produkten entwickelt." which can be translated to "Neos and TYPO3 have evolved into different products." and I commented it as such "Falsch, Neos wurde nicht als Nachfolger für TYPO3 entwickelt." which means "Wrong, Neos has not been developed as a successor of TYPO3."

Later that day I received a direct message with the hint, that Neos actually has been developed as a successor of TYPO3. It's the moment I realized (again) that 140 chars maybe really are made for telling people how awesome your food is. However, I never intended to say that Neos wasn't planned to be the successor of TYPO3 – the Berlin Manifesto would p

[UPDATE] 16.08.16
There is a crowdfunding campaign to keep the development of TemplaVoilà alive.
To be found here: https://www.templavoila.support/typo3-76/