LuaJIT is an amazingly fast implementation of Lua which uses just-in-time compilation.

On their website, they use a number of benchmarks to compare the performance boost of their JIT'ed implementation vs. the stock Lua interpreter. 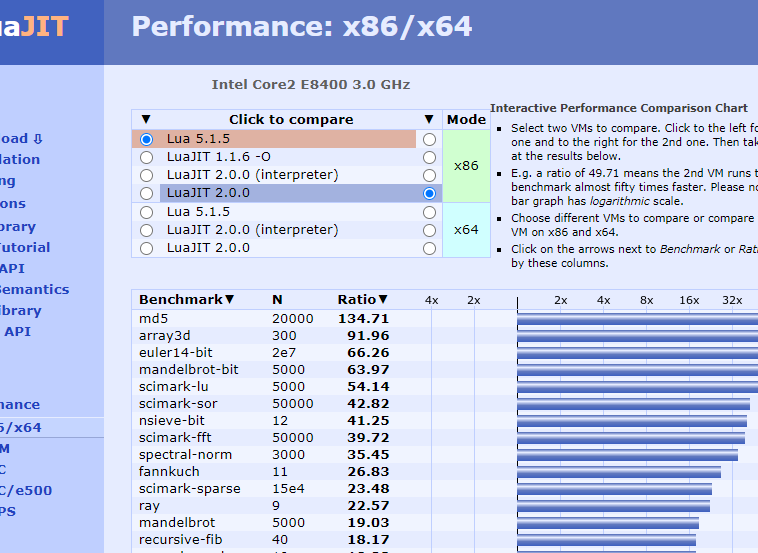 However, they don't present the information in a way which makes it easy to see the performance differences between architectures.

I copied their numbers into a spreadsheet, normalized each benchmark, and then graphed each architecture against x86.

In most cases, the JIT performance boost isn't quite as large on other architectures.

Note: these are comparisons of JIT boost, not comparisons of absolute performance. If the graph indicates 50%, that means that architecture's JIT sees only 50% of the speedup seen by the x86 JIT over the stock Lua interpreter.

I was surprised to see that x86_64 generally doesn't see as much of a JIT boost as x86 (with the exception of nbody). 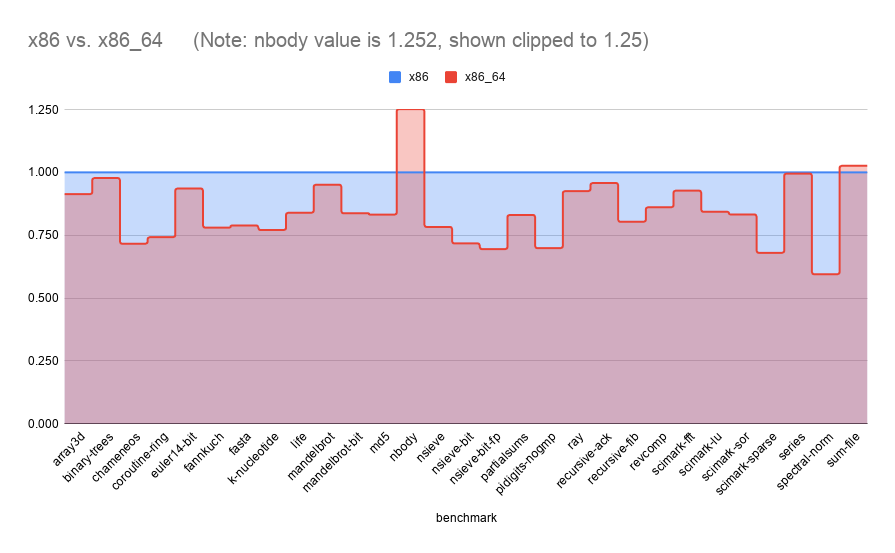 ARM sees a slightly smaller speedup than x86_64 (with the exception of nsieve-bit). 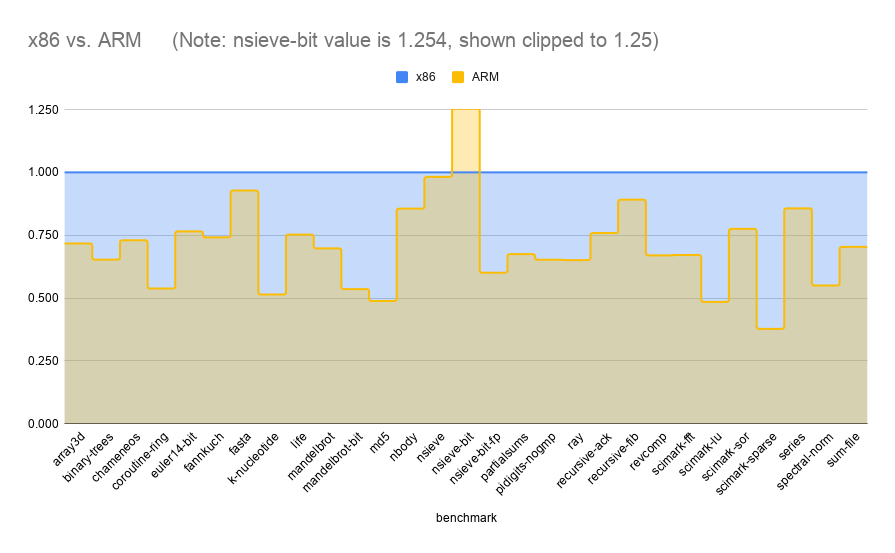 PowerPC sees a yet smaller boost, sometimes dipping below 50% of x86's JIT boost. 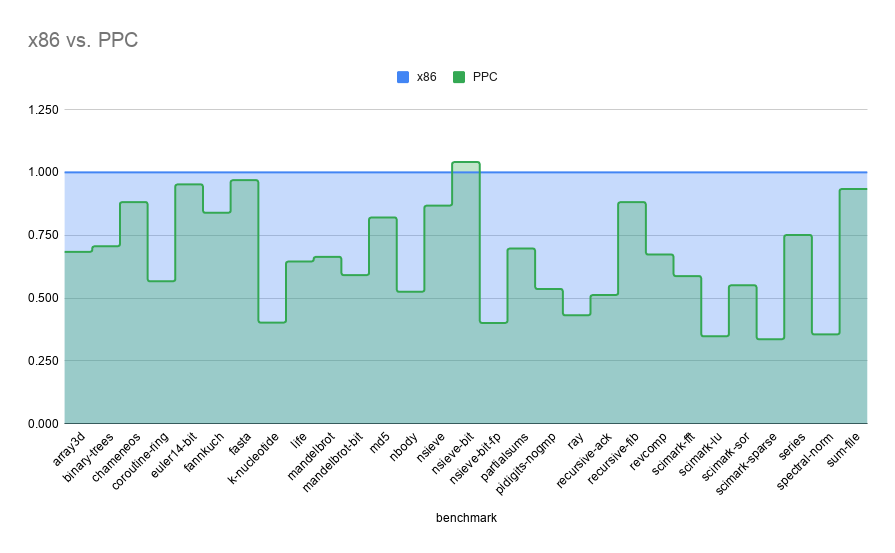 MIPS sees a still smaller boost overall, with the exception of an extreme outlier: nsieve sees over twice the speedup of x86. 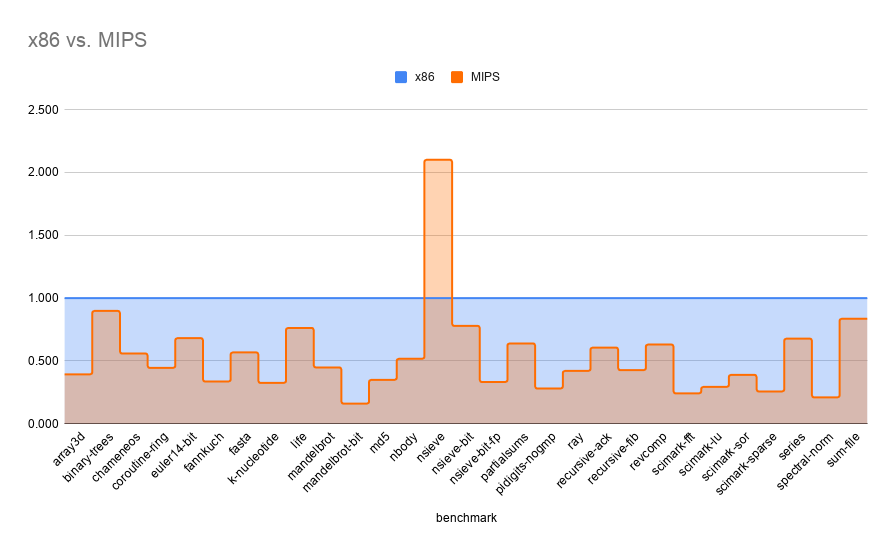 The MIPS graph with nsieve clipped: 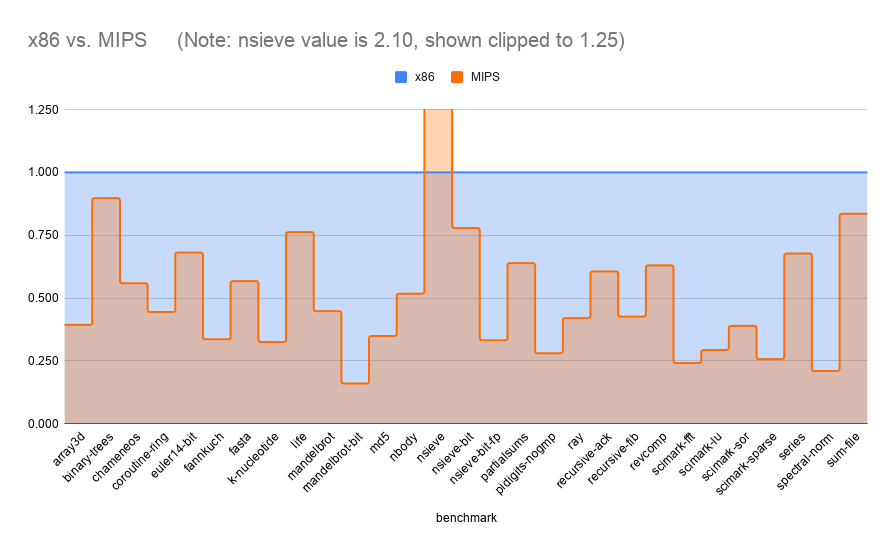 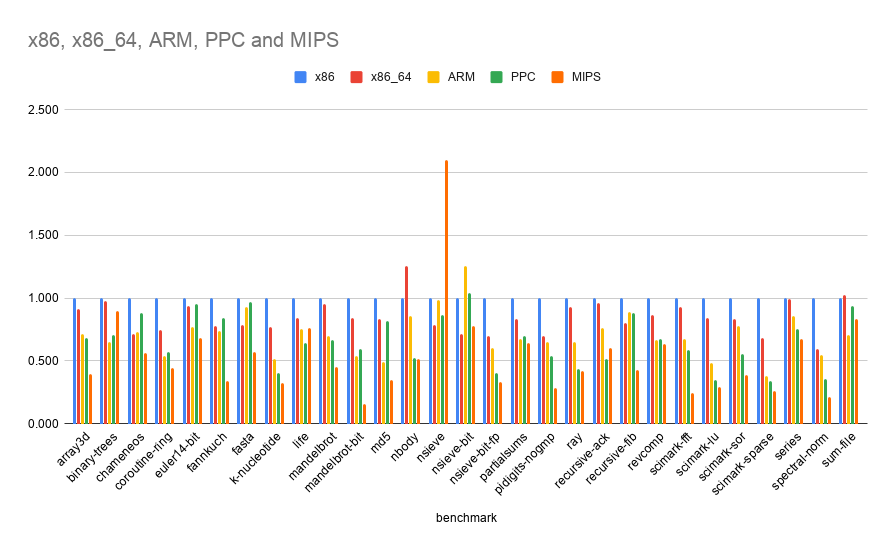 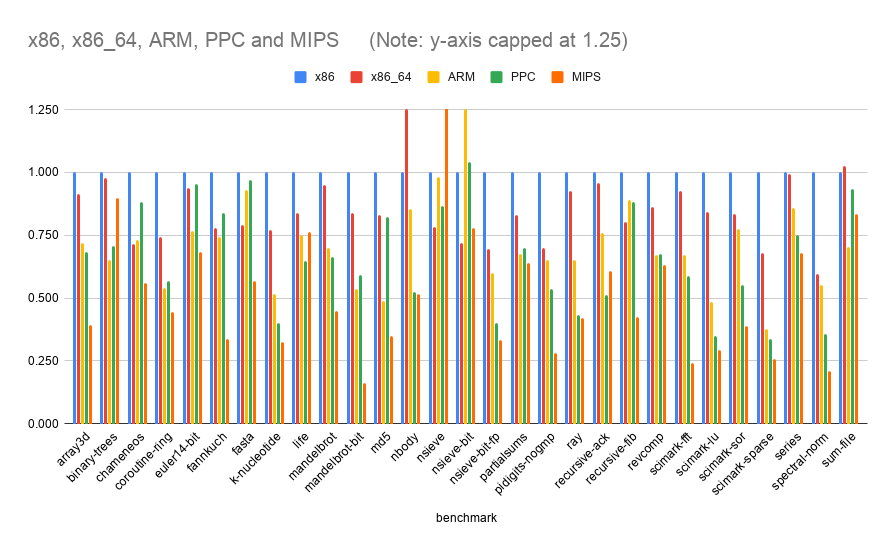 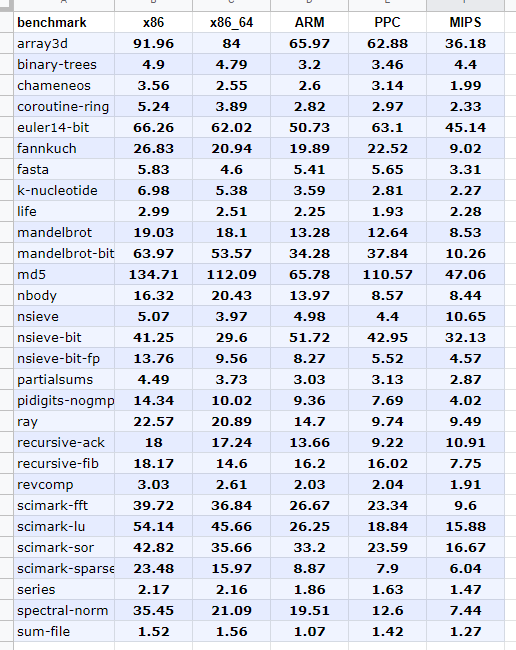 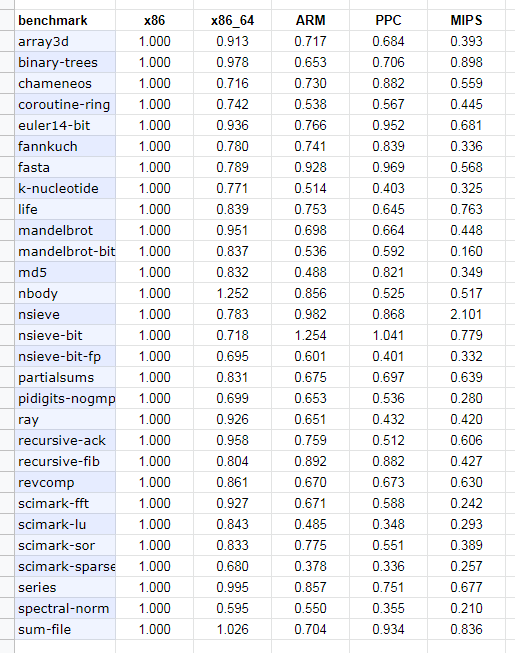