Our circuit is a 12V AC "wall wart", into a bridge rectifier, a smoothing capacitor, a zener-resistor pair which forms the voltage regulator, and a resistive load. 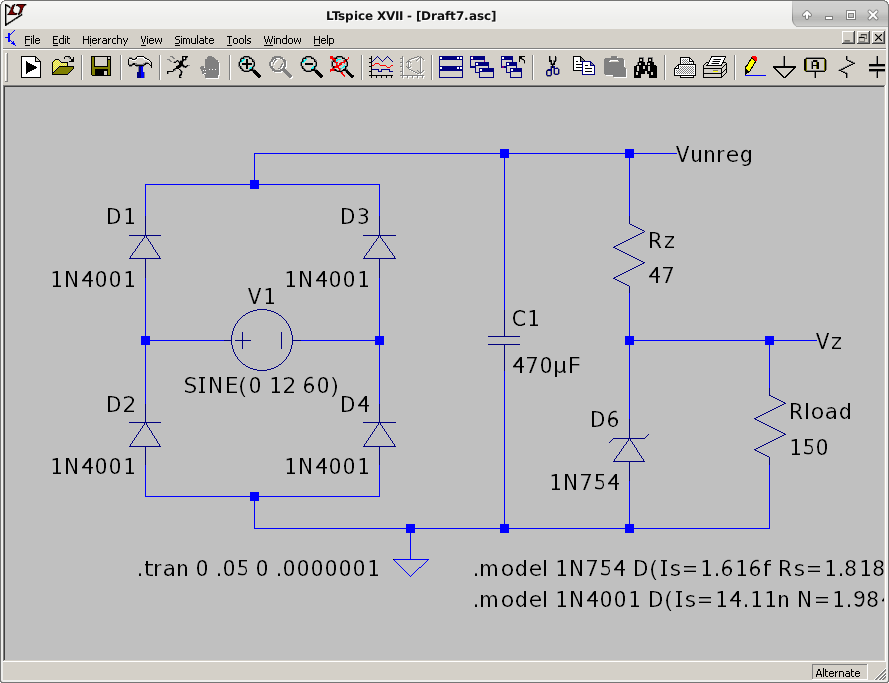 To use the custom models, click the .op button and paste in the model definitions, then control + right-click each component and enter the custom model in the "Value" field: 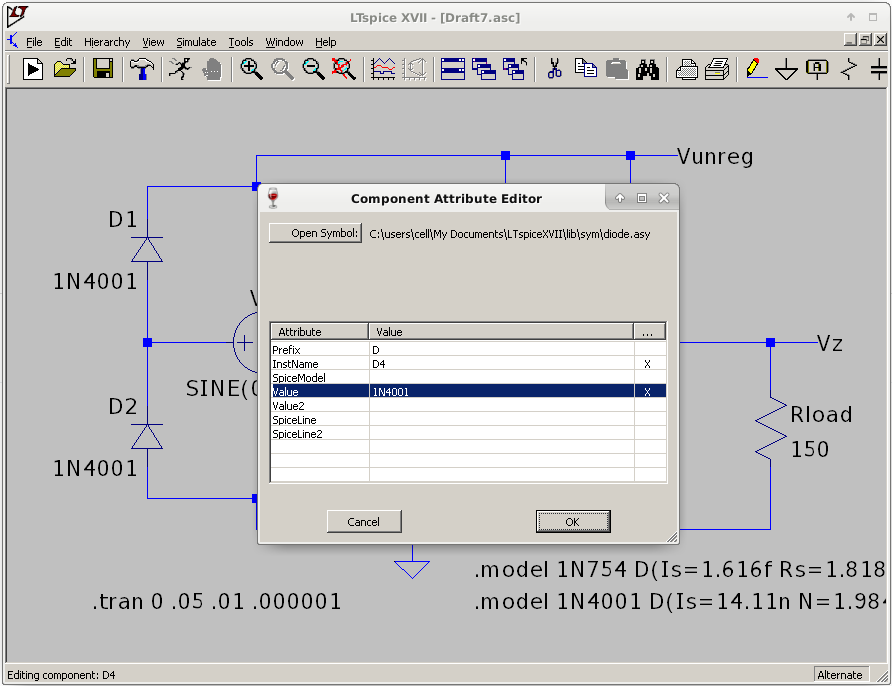 Here, you can see regulator working: 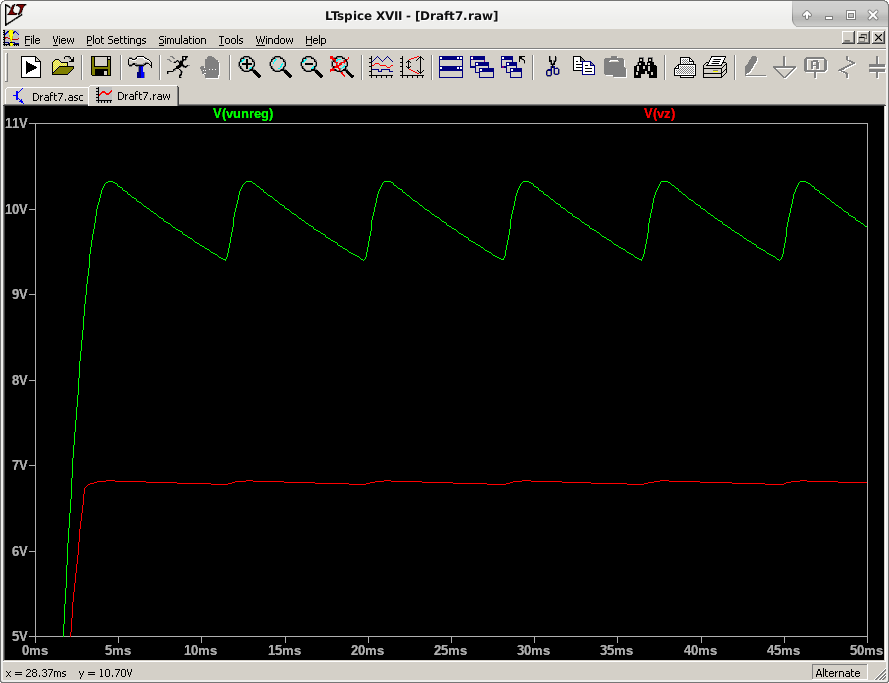 The peak-to-peak voltage of the unregulated rectified wave form is just shy of 1 Volt: 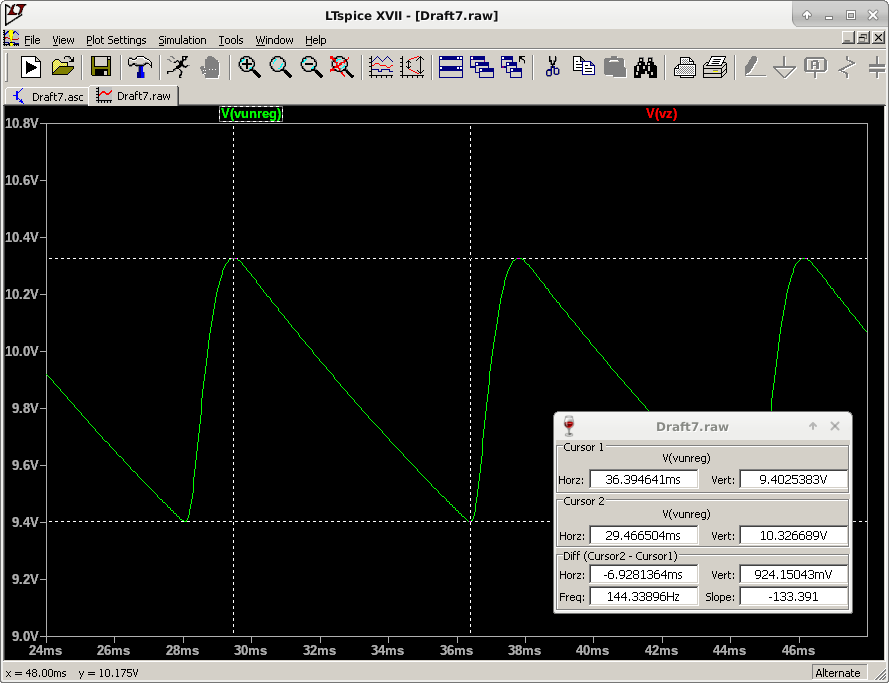 Zooming in on the regulated wave form, we see the peak-to-peak is about 41 millivolts: 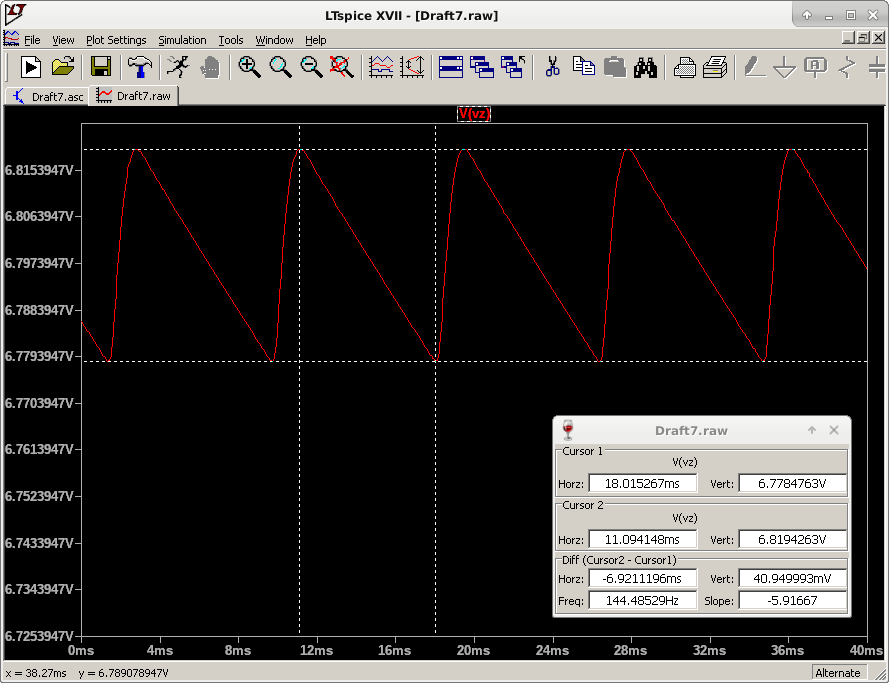 The datasheet uses 20mA as the test current, and lists the maximum allowed current as 55mA: 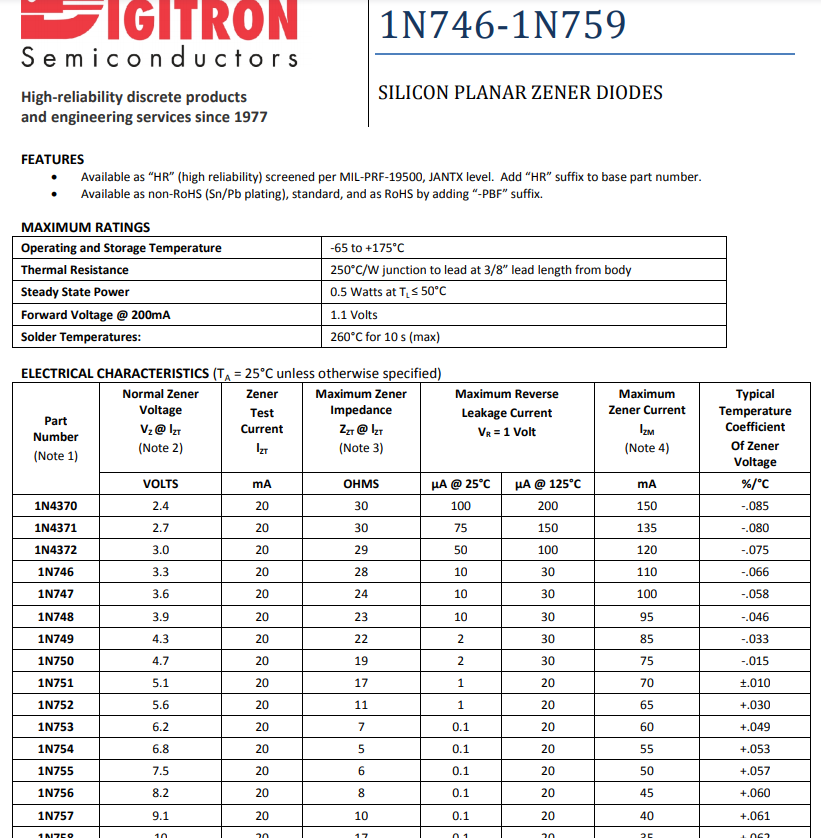 In our circuit, the zener current varies between about 10 and 30mA, so we are averaging near 20 and are below 55mA: 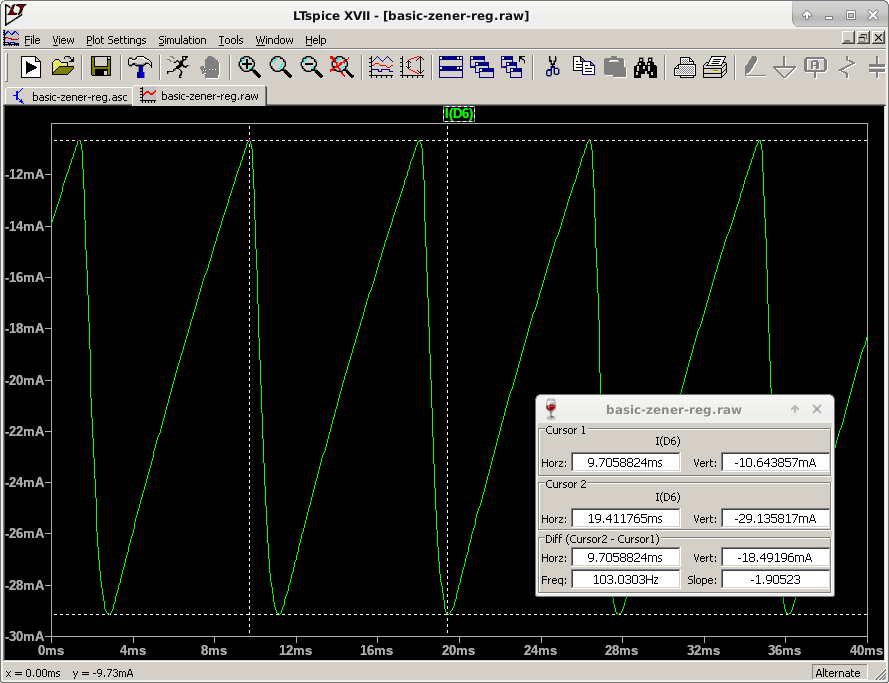 The 1N754 is a 500mW part, let's check the power dissipation. Select the plot window, then from the "Plot Settings" menu, select "Add trace". Type in I(D6)*V(vunreg) into the expression box: 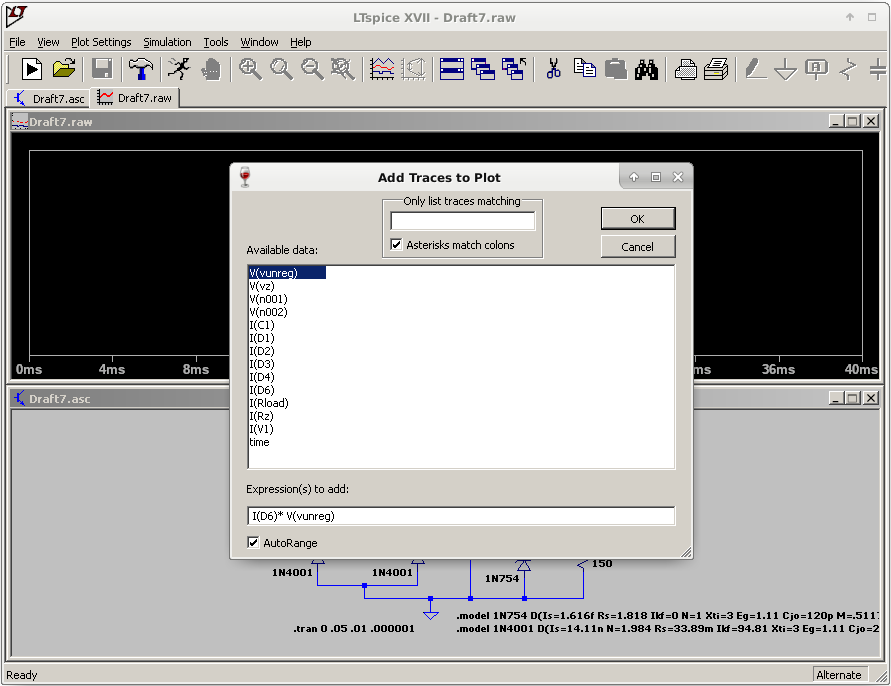 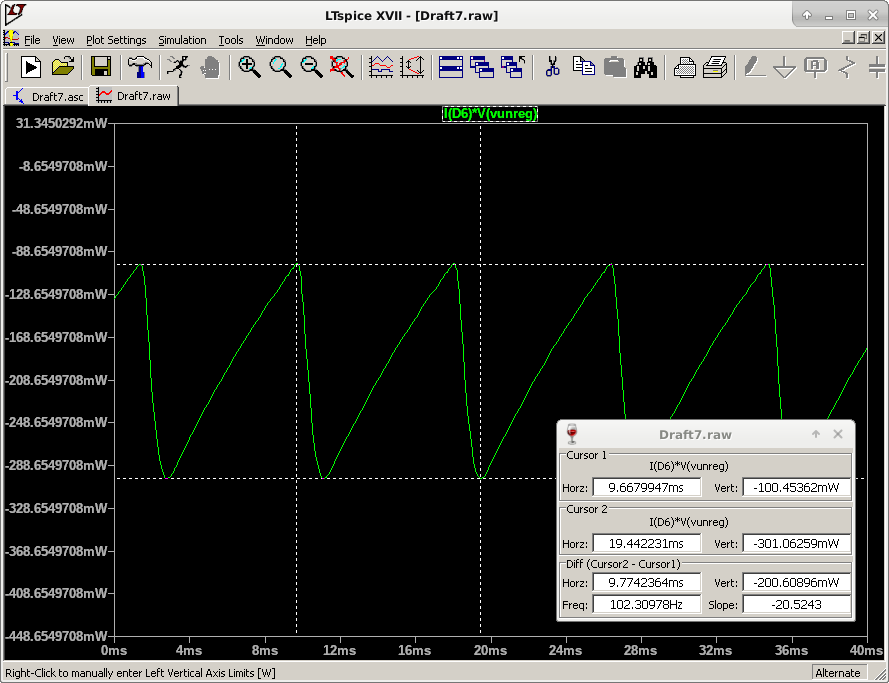 Now let's push it out of regulation by increasing the current drawn by the load resistor: 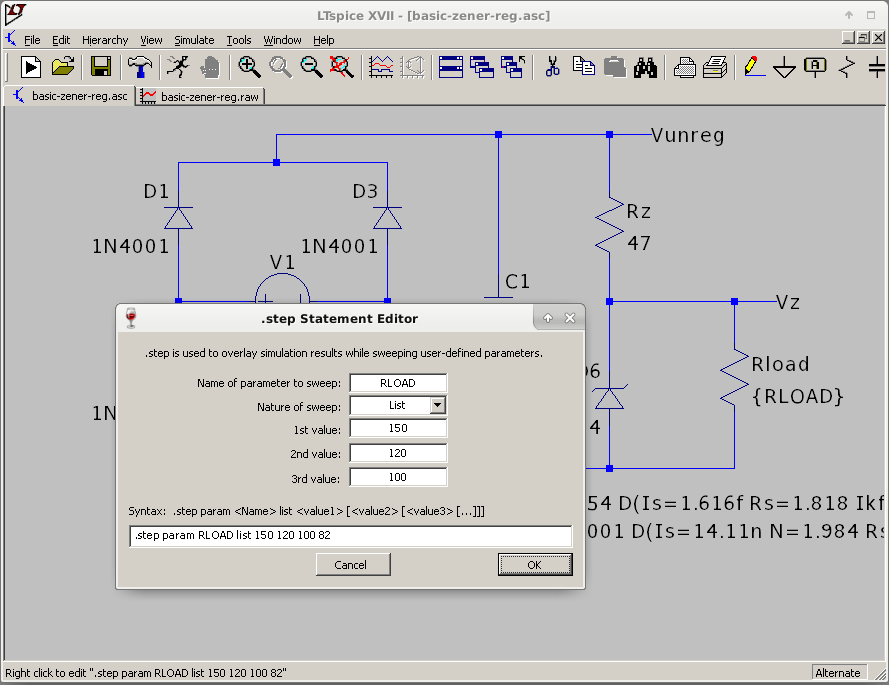 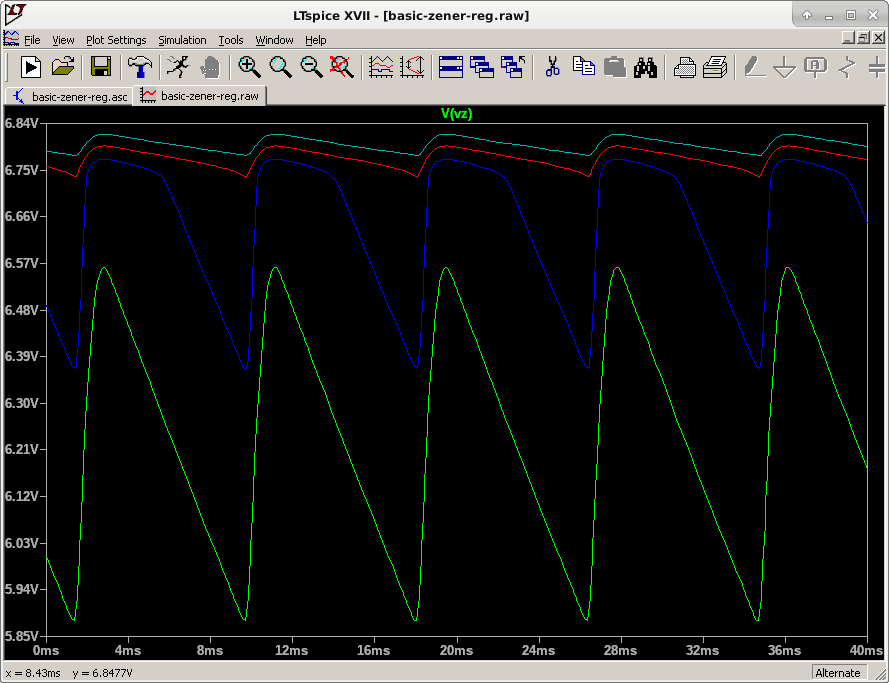 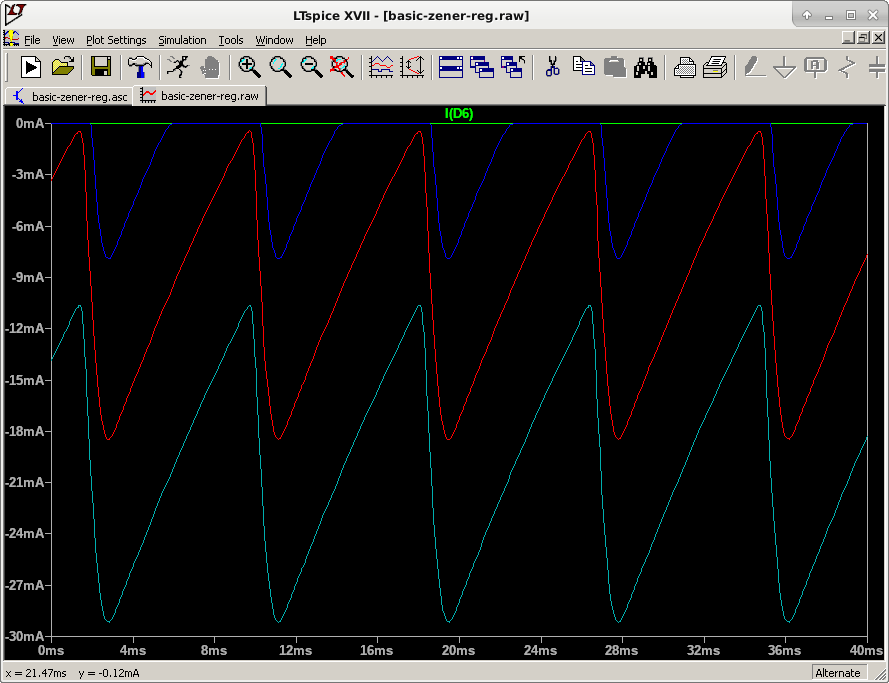