TokenShuffle is a protocol for anonymizing Bitcoin Cash (BCH) and improving its fungability.

The purpose of this Gist is to solicit feedback on possible shortcomings or improvements to the protocol described here. This Gist will also be updated based on this feedback. Once these ideas receive sufficient community review, an open source project will be created to transparently develop the ideas laid out here.

This protocol is loosely based on the ideas in CoinJoin and CoinShuffle, and is intended to be implemented as a light-weight web app that people can anonymously interact with. It leverages new token protocols built on top of Bitcoin Cash like Wormhole, though other token protocols could be used.

The Web Form (and API)

An extension to this idea uses an automated web app to bootstrap sufficient transaction volume to make this app pragmatic for the occasional early adopter to use. The Bootstrap Bot is a totally separate application, and typically many instances of it would be ran in parallel.

Distributed, independent users would be encouraged to fire up their own Bootstrap Bot to support the community of users of the TokenShuffle app. 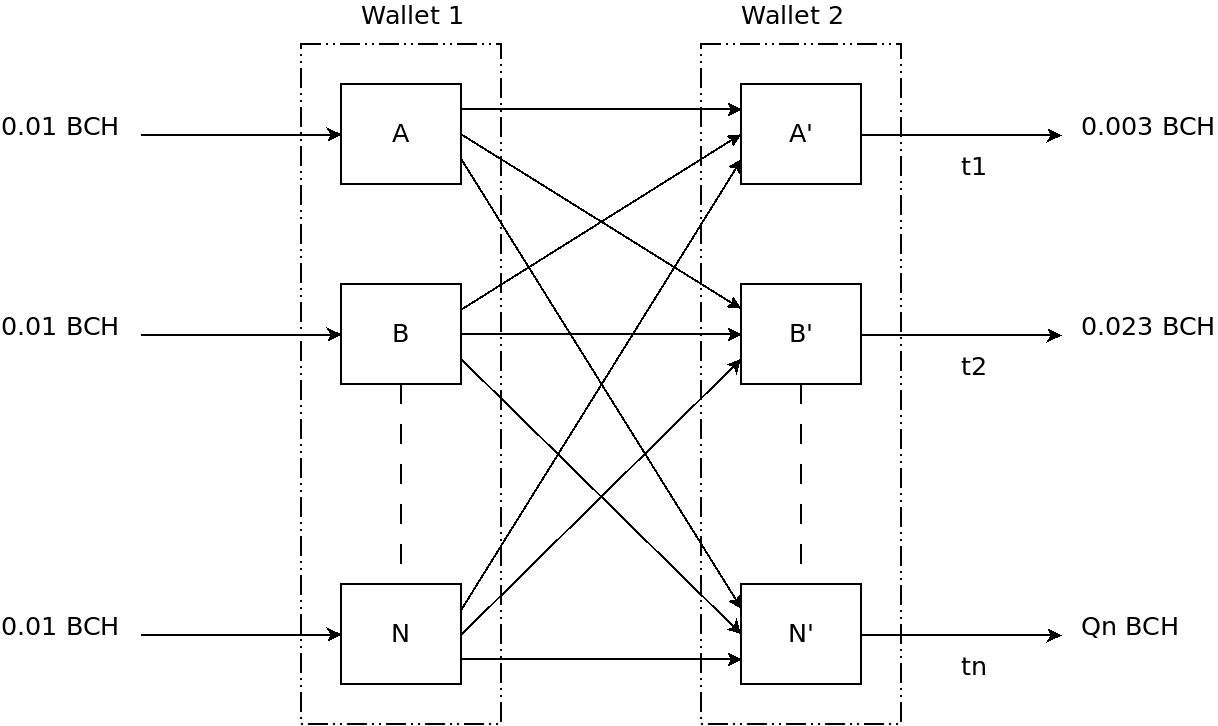 Fixed quantities of tokens would be redeemed and sent to N addresses. For this example, we'll use 0.01 BCH as the standardized amount. An HD wallet (Wallet 1) is created with N addresses.

The effect of the above protocol ensures there is sufficient volume of standardized amounts of BCH traveling through the TokenShuffle app to mask the transactions of early users. The Bootstrap Bots would not be needed once natural volume increases to an adequate level.