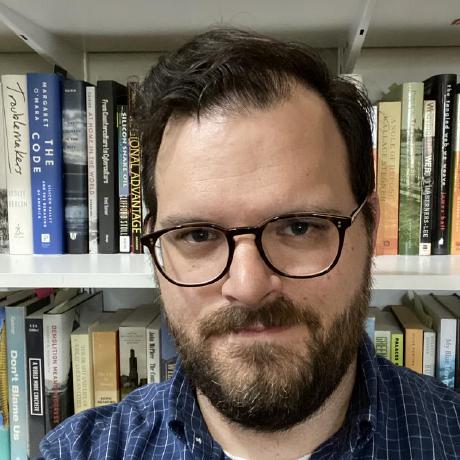 Best advice I received, go read https://www.dcrainmaker.com/2017/10/annual-trainer-recommendations.html. It is probably the most comprehensive review of trainers available. I ended up purchasing the Cycleops Magnus Smart Trainer https://www.westernbikeworks.com/product/cycleops-magnus-smart-trainer.

My deciding factors were:

rccordell / renderSite.R
Last active
This script builds on Aleszu Bajak's excellent [tutorial on building a course website using R Markdown and Github pages](http://www.storybench.org/convert-google-doc-rmarkdown-publish-github-pages/). It automates the rendering of HTML files from RMD and automatically generates the page menu for the site, eliminating much duplicative work.

Look for the potential strengths and insights offered by alternative points of view on or in the past, even or especially when they conflict with your own or conventional understandings.

Empathy is an intellectual and imaginative skill that is required both when reading sources created in the past and when reading secondary sources created by other historians. Though often confused with "sympathy" or "positive feeling," empathy means understanding and entertaining even those points of view with which you disagree; it does not require or necessarily imply agreement.

A novice historian who lacks this skill tends to judge the decisions and ideas of historical actors according to his or her own present-day opinions, which are sometimes conflated in the novice's mind with "common sense" or "just the way it is." Beginners are typically not very interested in seeking out multiple perspectives on an issue; they identify the actor or historian whose perspective they most agree with, and then disco

A dendrogram is a common way to represent hierarchical data. For Python users, Scipy has a hierarchical clustering module that performs hierarchical clustering and outputs the results as dendrogram plots via matplotlib. When it's time to make a prettier, more customized, or web-version of the dendogram, however, it can be tricky to use Scipy's dendrogram to create a suitable visualization. My preferred method of visualizing data -- especially on the web -- is D3. This example includes a script to convert a Scipy dendrogram into JSON format used by D3's cluster method.

In the example, I cluster six genes by their expression values from two experiments. You can easily replace that data with your own, larger data set, to harness the power of both Scipy and D3 for analyzing hierarchical data. The D3 code I used to generate this example is straigh