I've been following this blog post on how to set up an api-only Rails 5 application. One of the sections talks about creating a subdomain for your api

So that you can have namespacing and versioning like

However, this seems to cause some issues locally. At first I just kept getting back a 404 error that the route I was searching for didn't exist despite it showing up correctly when I ran rake routes

Removing constraints subdomain: "api" gave back the correct response, allowing me to prove to myself that this was indeed the issue.

As your machine gets started, it will need to know the mapping of some hostnames to IP addresses before DNS can be referenced. This mapping is kept in the /etc/hosts file. In the absence of a name server, any network program on your system consults this file to determine the IP address that corresponds to a host name.

I had seen a few forums that mentioned this as a solution, so I added this to /etc/hosts 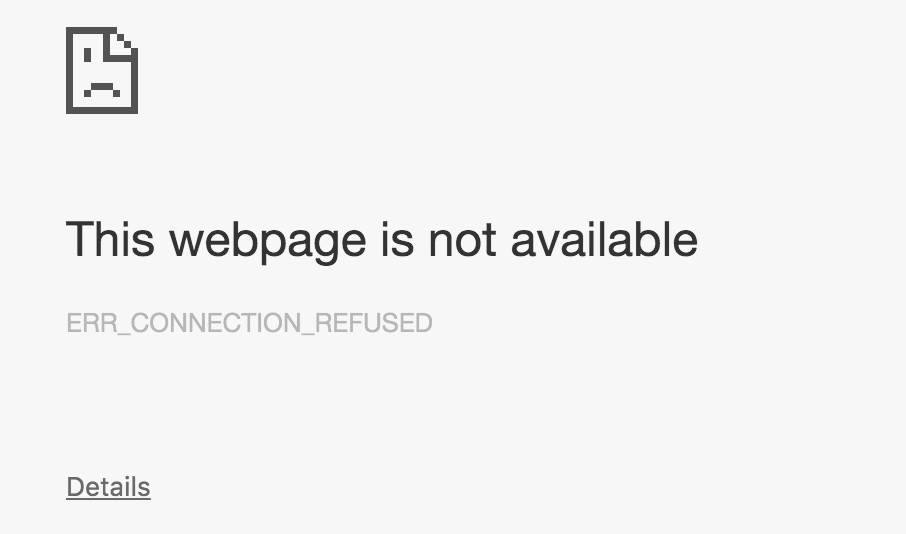 Trying this URL on Firefox and Safari resulted in the same thing (Safari never ended up actually giving that error, it just "loaded" the page indefinitely).

I think this started with Tim Pope's invention of smackaho.st, which was simply a public domain pointed at 127.0.0.1 (localhost). lvh.me and xip.io are just spawns of that same idea since both are shorter and less offensive.

Since I'm getting ERR_CONNECTION_REFUSED and not ERR_EMPTY_RESPONSE as would be expected if the domain wasn't working, I figured this was some sort of security check put in place by Chrome (and probably on Firefox and Safari too).

I tried ignoring the proxy settings for localhost, lvh.io, and xip.io as per this Stack Overflow answer. Nothing changed; I continued getting the same connection error.

config.action_dispatch.tld_length sets the TLD (top-level domain) length for the application. Defaults to 1.

Setting config.action_dispatch.tld_length = 0 in config/environments/development.rb. Simple as that. This works, although I am unsure of any unseen consequences with testing and cookies in, as is noted upon in the answer.

If there is something you notice I am doing wrong, something you would like to add, or some question you may have, please feel free to comment on this post :)