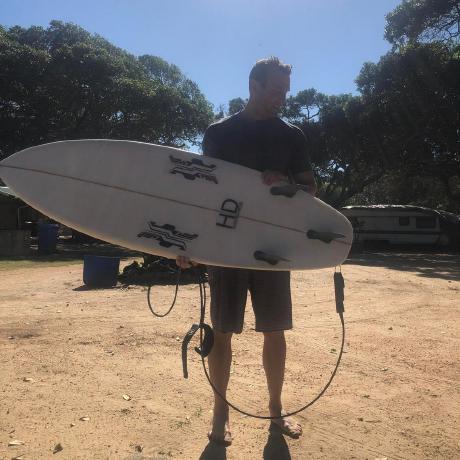 A common mistake that people make when trying to design something completely foolproof is to underestimate the ingenuity of complete fools.
65 followers · 0 following
View GitHub Profile

So you bought a raspberry pi and have it connected to your printer. Nice! You may have even gone one step further and decided to power it using the printer PSU (which is by default if you are using a BIQU BX). Also nice. However, the downside to that is that your pi will now turn off without a safe shutdown process when you power off your printer.

While this is never going to brick your pi it most definitely can corrupt the SD card and require you to reinstall the OS as well as any other tools that you have installed on top of the OS. Since nobody wants to spend half a day doing that I developed this mod which will safely shut down the pi when the power to the machine is cut.

*Take note that this mod is currently in beta but is in it's third iteration so it should be relatively stable. Installing this mod while this message is still a part of this gist means that you are signing on as a beta tester. Please share your experience, positive or negative, in the c

Using the custom firmware on the BX

If you decide to go ahead and install any of the custom firmware branches on your BX then you must read this guide before using it as it has been carefully written to cover the most common questions that users of the firmware have.

If you ask a question in the facebook group that is covered in this guide I'm going to scowl at you through my monitor and with three mighty waves of my finger declare "tsk, tsk, tsk".

This guide has been written to supplement the information within the main readme under the "Using the firmware on the BX" heading over here: https://github.com/looxonline/Marlin. Please make sure that you read both as they are equally important.

The reality is that the integration comes in the form of a very clean mounting solution for the Pi combined with the ability to power and interface with the pi using the machine (touch interface). The USB port on the back of the TFT that connects to the pi does not offer a serial link back to the motherboard. It simply interfaces with a little MCU (CH554G) that translates the I2C signals from the touch controller on the TFT into signals that the pi can understand over USB. If you want the raspberry pi to communicate with the motherboard in order to send and receive commands (hint: you do) then you are still going to need a USB cable running from the pi to the micro USB po

So you have a BX but the fans are a bit too loud for you. Well I have some good news and some bad news.

The good news. There are ways to make the fans more quiet and in fact you can make them completely silent by turning them off when they are not needed. The bad news is that when the fans are needed you cannot avoid at least some noise.

Most of the noise from a fan is generated by rushing air and vibrations against the chassis of the machine. We will deal with the rushing air in the next part but for now let's talk about vibrations.

Getting started with your BX

Congratulations on becoming a BX owner. You have in your posession one of the most capable 3D printers in its class with some unique features that you will not even find on other, more costly machines.

Despite the capabilities of the machine, it will only be able to perform well if you take the time to carefully ensure that the mechanics are well put together. Fortunately the BX is a very simple machine to assemble so if you follow this guide carefully you will not have any problems.

The BX comes with the frame already pre-assembled. All you will need to do is align it with the base and insert four bolts to hold it in place. Unfortunately the process involved in trimming the aluminium extrusions to length at the factory does not always result in a perfect, 90 degree cut. This means that after you fasten the uprights in place they may not be at 90 degrees to the base.

If you are here then you are thinking about using the insane res build. While it was primarily created for those with very warped build surfaces it will nevertheless still be usable by those using surfaces that are not warped and it should not cost much in terms of time before each print. In fact it is likely to save you time before each print.

What is different between ABL and UBL?

Both systems create a mesh of the bed which helps Marlin to understand how to adjust the height of the nozzle as it moves over the bed.

Getting started with your B1

Congratulations on getting a shiny, new B1. It is a great machine for beginners and experienced users alike but like all machines you will need to do some things just right to get the most out of it. This is a brief guide which explains how to put together your B1 to ensure that the mechanics will just work.

When installing the uprights it is crucial that they be at 90 degrees to the base and not the bed. The bed will be sorted out later. If you fail to ensure this then you are likely to experience later issues with ABL and/or the nozzle scraping across the print.

In order to ensure that both uprights are at 90 degrees you will need to use a set square. Eyeballing it alone is not enough and relying on the provided brackets is also not enough since they include some play by design in order to allow you to manipulate the frame to overcome manufacturing tolerances. Place the set square up against the frame and the base as can be seen in the image