This is going to be an interesting and in some ways even fascinating blogpost. I have thoroughly enjoyed researching it and playing around with the latest and greates Neo4j tools while doing so, but I must say that it's also one of the first blogposts that I can remember where I am a bit uneasy about the content. Why? Because it's about, or at least in some ways touches, religion.

First let's start with some background here. Some things that you should know about me:

I am an economist/engineer. I studied "Commercial Engineering" in Belgium in the nineties, and was quite an avid learner of economic theories large and small at the time. I did however, always kind of find myself uneasy at economists insistence on the rationality the homo economicus, as I knew, and observed all around me, that people were far from rational. That's why, ever since I learned of its existence, I have been a big fan of the field of behavioral economics - which actually tries to formulate ecomic theories that are real, and often times, irrational. I fondly remember first reading Dan Ariely's Predictably Irrational, and learning about some of the crazy biases that he observed and DESCribed. And Nobel-prize-winning Daniel Kahneman has been a hero for decades. I think about the Framing Effect and 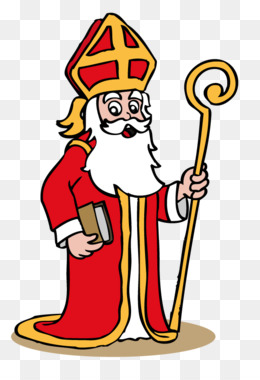 Yes! It's been a few months, but Saint Nicholas just brought us a brand new and shiny release of Neo4j 4.4 to play with. One of the key features is a generic transaction batching capability, similar to what we have been using in apoc.periodic.iterate but now built right into the core of the database. It is referred to as the CALL in Transaction capability - and of course it is a really interesting feature.

So in this article I will be revisiting this blogpost, but without the nee

As you may know, I am from Belgium. I love this little queer country, with all of its idiosyncracies and weirdness it still makes for a great place to live. Did I mention Beer, Waffles and Chocolate yet? Yes, that's why.

But in the 191 years that we have existed as a country, we have done some weird sh!t as well. As an example, we did some of the craziest stuff ever under our former King Leopold II. I got to know a bit more about that through Klara, a (Dutch spoken, but nevertheless crazy wonderful) Flemish radio station, which hosted a podcast about Leopold II's crazy, and sometimes cruel, adventures in Congo. See over here if you are interested. It's a terrible, but fascinating story.

So more recently, when I started reading about the Congo Holdup in [De Standaa

The Pandora Papers have rocked the world. News organisations began publishing their explosive contents on October 3, the giant leak has dominated headlines and posed questions of some of the world’s most powerful people and their financial propriety.

I have written about beer a few times, also on this blog. I have figured out a variety of ways to import The Wikipedia Page with all the belgian beers into Neo4j over the years. Starting with a spreadsheet based approach, then importing it from a Google Sheet (with it's great automated .csv export facilities), and then building on that functionality to automatically import the Wikipedia page into a spreadsheet using some funky IMPORTHTML() functions in Google sheets.

But: all of the above have started to crumble recently. The Wikipedia page, is actually kind of a difficult thing to parse automatically, as it splits up the dataset into many different HTML tables (which makes me need to import multiple datasets, really), and then it also seems like Wikipedia has added an additional column to it's data (the "Timeframe" o

New release of Neo4j 4.3 came out. One of the key features are relationship property indexes - a really interesting feature.

What do you do when a new colleague starts to talk to you about how they would love to experiment with getting a dataset about Romeo & Juliet into a graph? Yes, that's right, you get your graph boots on, and you start looking out for a great dataset that you could play around with. And as usual, one things leads to another (it's all connected, remember!), and you end up with this incredible experiment that twists, turns and meanders into something fascinating. That's what happened here too.

That was so easy. I very quickly located a Dataset on Kaggle that I thought would be really interesting. It's a comma-separated file, about 110k lines long and 10MB in size, that holds all the lines that Shakespeare wr

Quickly making sense of the news with Neo4j, APOC and Google's NLP engine

Search for articles on https://eventregistry.org/intelligence?type=articles