In addition to awesome docs #228, Bower deserves a proper logo. See below for sketches. I'm curious if you think any of these are worth me putting more effort into.

The other two entities have awesome logos. Bower's got to represent.

@fat introduced me to Bower by showing me this video: The Vogelkop Bowerbird: Nature's Great Seducer. Bower gets its name from the Bower bird, a line of birds who build structures to seduce their mates. As you'll see in the video, the Vogelkop is the most creative in its collection of treasures. It will stash leaves, bottle caps, berries, dung balls, mushroom heads, etc. This is essentially what Bower the project does - putting together a treasure trove of lots of goodies.

The Vogelkop is the best collector bowerbird, but for visuals, I've been drawing the Flame Bowerbird, with its striking red/yellow/green plumage. 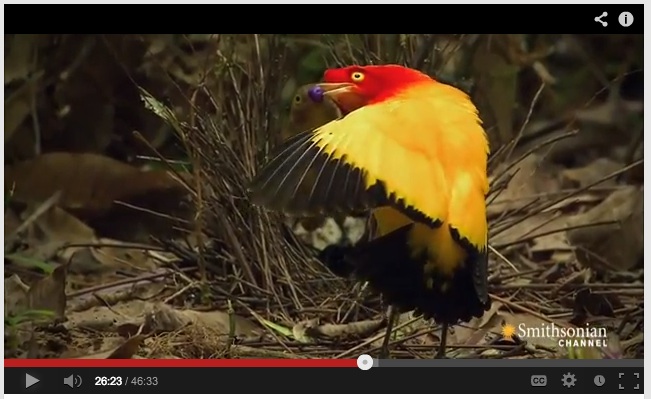 YouTube has a whole Smithsonian show just on the Flame Bowerbird Dancers on Fire. Watch 26:33 for a male in 'full twerk', seducing a female. He's presenting a blue leaf, and doing this one-wing swivel move.

I see Bower as approachable and practical. It works as a lil' helper. It's friendly. 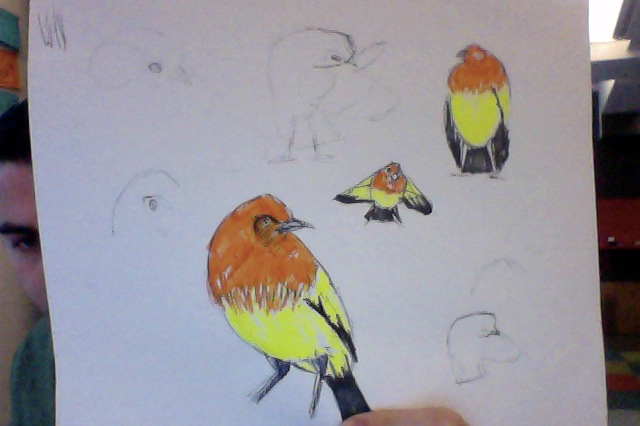 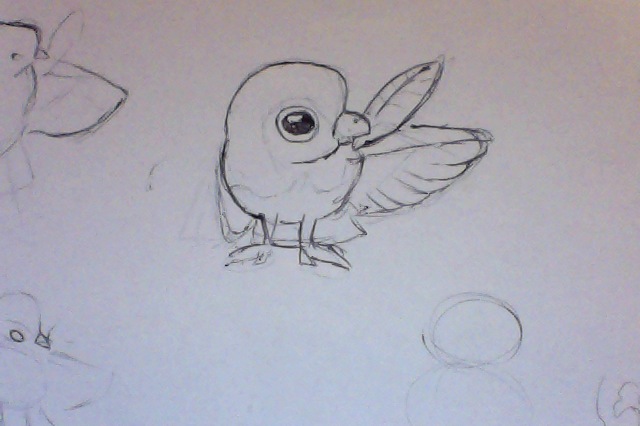 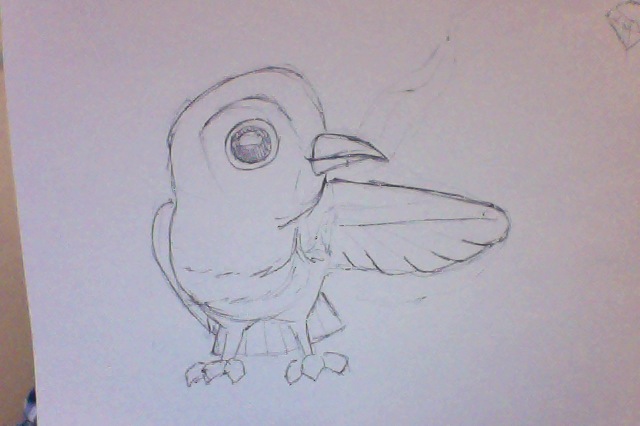 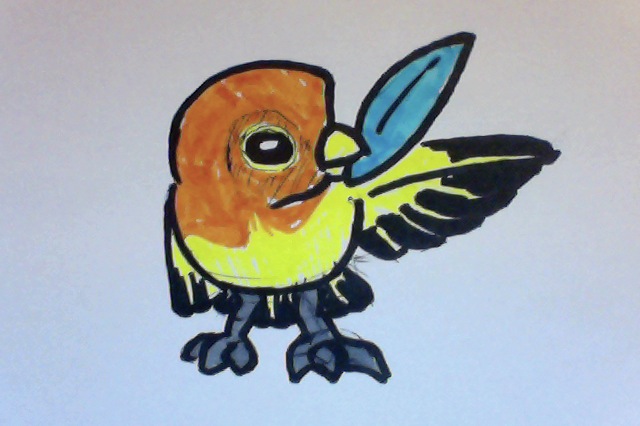 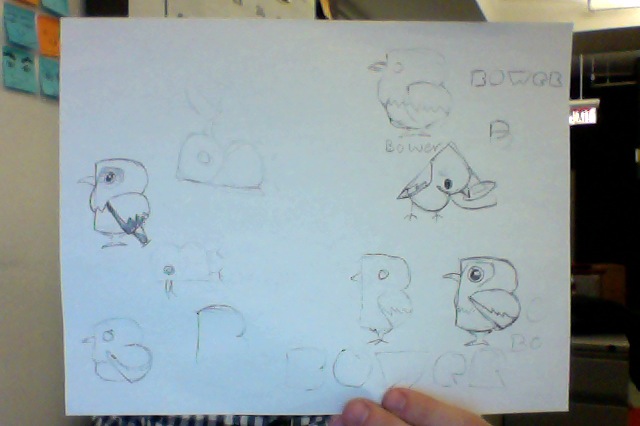 This is more of a traditional mascot. That's a blue leaf in its beak. It's doing the seduction twerk.

Geometric representation of a flame bower bird. It's cute cause it's a B. It's simple so it can be reduced to tiny sizes like avatars and favicons. With that B shape, we could do stuff like

When we last left off 3 weeks ago, I started taking the Mascot illustration into Illustrator. Here's where that ended up: 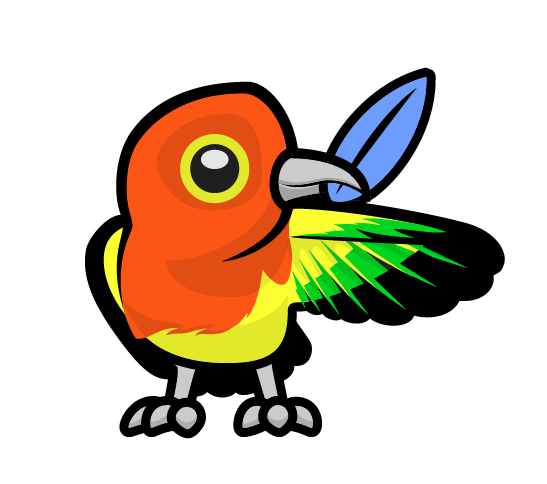 After speaking with a colleague, we concurred it wasn't quite it. While it was certainly a cute bird, there was too much detail and the feet were weird. Ideally, this logo should be the sort of imagery that you can slap on your laptop. It should fit right in there between an Octocat and the Twitter logo.

So I went back to paper, with the task of simplifying the forms. 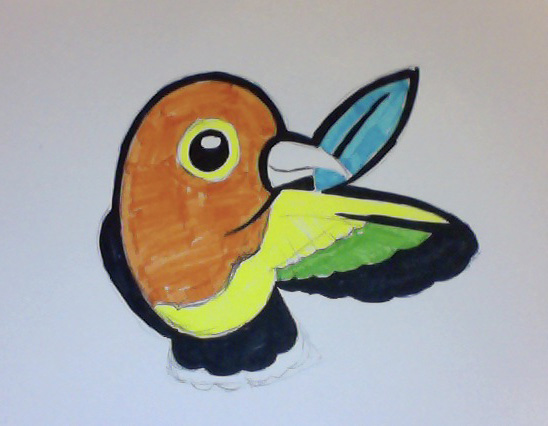 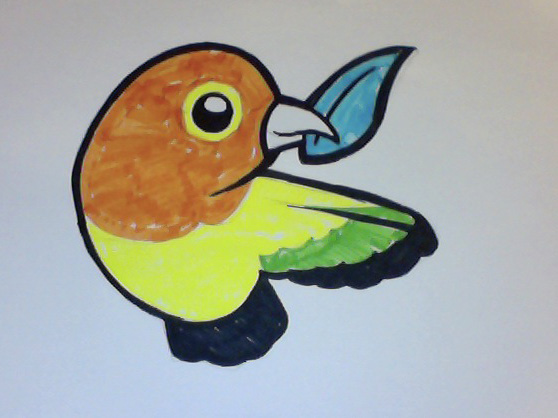 Extending the body. Giving the torso more shape so it feels like the bird is swiveling around. The head is elevated above the body for more distinct silhouette.

But still, there's something missing from the above illustration. Per Erin, it feels 'embryonic'. Showing the other wing tip might resolve this.

I'm feeling pretty good with the way things are heading. We'll have a logo soon enough. 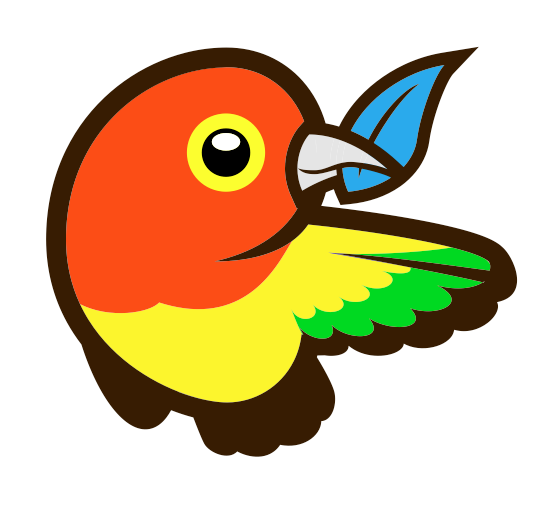 Here's where I've taken it. This is working for me. But it's not quite 100% perfect

@isaacdurazo was awesome enough to reach out and offer his superb illustration skills. He'll be seeing the logo through to the finish. I'm really looking forward to what he comes up with.

Isaac @ Bocoup collaborated in finishing the logo. Here's where we landed. This image illustrates all the iterations and small tweaks that come with designing a logo mark.

Isaac did a great job of unifying the colors and simplifying the forms. I brought Isaac's contributions into the previous stroked treatment. 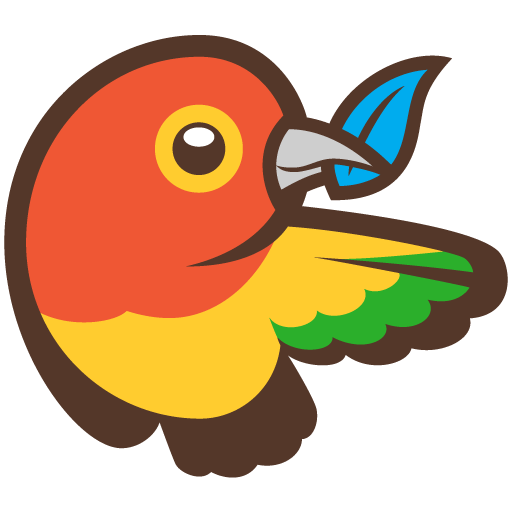 As a bonus, I've cleaned up all the control points in the illustrator file. In SVG, this illustration is 5KB.

Raw
bower-logo.svg
Sorry, something went wrong. Reload?
Sorry, we cannot display this file.
Sorry, this file is invalid so it cannot be displayed.