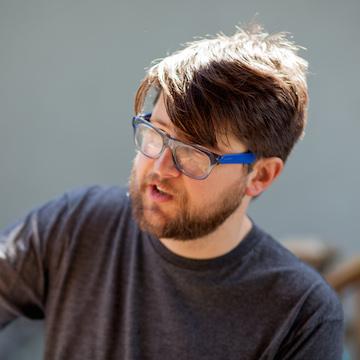 Today F.A.T. Lab shut its doors with this lovely note from Magnus Eriksson and Evan Roth.

But the "we lost to them" narrative is only one perspective. As a "virtual research fellow" since 2011, I had the opportunity to both look up to F.A.T. as an outsider for its first half, and get the inside scoop for the second half. But my first project appears on page 20 of the blog's 200+ pages. With that in mind, here are some other stories about why F.A.T. "lost":

Reciprocal Needs in the Employment Relation

We can look at two sides of the management coin: What do the individuals get out of it? And what benefit does the whole system derive from it?

I will disregard any benefits that accrue to managers just by holding the position of managing. Those are just circular logic. Circular logic abounds in discussions of management and hierarchy. For example, consider status reports. It will be said that status reports are necessary so managers know what their employees are working on. It’s

bensheldon / advice_for_cfa_fellows.md
Last active
A summary of conversations I've had with current, former and future Code for America fellows.