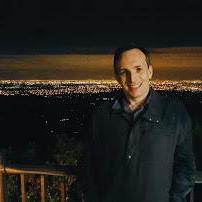 Critical to understand the different classes of ML algorithms and to select the ones that are relevant to the domain.

ML problems are categorized as classification, prediction, optimization, and regression.

Each neuron consists of SRAM and a small programmable logic unit. The logic is prewired to run certrain types of algorithms. Neurons are interconnected using a small bidir bus.

Released in 2007. Follow up to IBM ZISC chip. ZISC refers to an architecture based solely on pattern matching and the abscense of micro-instructions. A single ZISC036 holds 36 neurons to implement an RBF network trained with the RCE (or ROI) algorithm.

Why CMake? Why? It is only me or do I find CMake to be convoluted and non intuitive?

Technically, this is all that is needed:

Scala has two kinds of variables, vals and vars:

Each hart in the platform is controlled by exactly one DM? But, usually all harts in a single core are controlled by the same DM.

The program buffer allows the debugger to execute arbitrary instructions on a hart. A bus access block allows memory access without using a RISC-V hart to perform the access.

Consistency models define correct shared memory behavior in terms of loads and stores without references to caches or coherence.