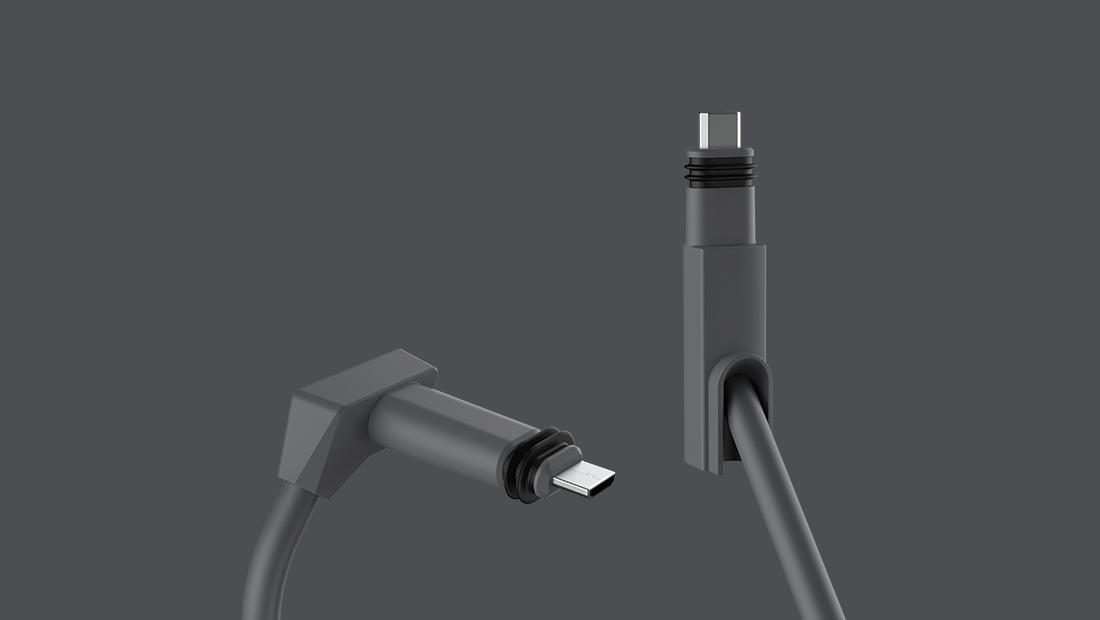 These are are some notes I put together on butchering the rectangular dishy cable.

Disclaimer: Don't do this

In general, if you can get away with using the original 75' cable (or the official 150' long replacement cable), then that is ultimately preferable to doing any of this stuff. If you don't already know why you would want to do this then you definitely shouldn't do it. If you run into trouble, the first thing Starlink Support is going to ask is if the cable between your dishy and router has any modifications, and for good reason.

Despite the connectors being proprietary, the underlying technology connecting the router and the rectangular dishy is gigabit ethernet with non-standard PoE(The orange and green pairs are positive, the blue and brown pairs are negative). The cable itself is plain stranded STP CAT5e, suitable for outdoor use. The router acts as a 48V, 2A PoE power supply, so 96 watts are available at the port the router.

Stick with the original router (and possibly the ethernet port dongle) unless you have a good reason to try something else. You cannot power dishy with a standard PoE injector, but if you are enterprising enough you can rearrange the wires (swap blue/green, terminate as Type-B) going into and out-of a passive 4-pair PoE Injector and get it working with a sufficiently large 48V or 52V DC power supply.

Note that most 48V 2A power supplies on Amazon are insufficient! I recommend this 52V power supply, as I have confirmed that it works and I am using it on my own 200+ft run.

Resistance is the primary limiting factor you will run into. As you increase the length of the cable and add additional terminations/connectors, resistance increases. If the resistance is too high, the voltage at the dishy will (perhaps only occasionally) drop too low, causing it to spuriously reboot or not boot at all.

The exact maximum round-trip power resistance that the cable can have before Dishy's stability suffers isn't immediately clear, but 1.8Ω round-trip (~88 watts available for Dishy) appears to be stable while 2.5Ω round-trip is just barely unstable. (neither value includes the resistance of about 20 extra feet of the original CAT5e that is used in my setup)

If you cannot easily measure resistance, you will need to be as conservative as possible:

For longer runs you may need to use a power supply with a larger voltage. I can confirm that the rectangular dishy works fine on 52V.

With a longer run, proper grounding and surge protection becomes more important. Dishy must be grounded in some way. With the unmodified original cable, that grounding comes from the router. Since we are cutting that wire, we need to make sure that we provide that grounding.